There are not much changes compared to the 1.0rc4, just a few fixes. Here is the changelog:

For those who use subversion, the sources are not in sync with the trunk. The reason is that svn commit is currently broken.

It broke during a Debian update and we're still trying to figure out how to fix it (It should be fixed by the end of September in one way or another). We've pinpointed the issue and found that the reason is because of the authentication but since we did not change anything to the configuration, I have no idea why it suddenly broke. If anybody knows how to fix it, that would be great.

Last but not least, we're also launching the new website (and logo) as explained in a previous post: New Stuff. Feedback is welcome.
Posted by Mister_X at 4:31 PM 21 comments:

UPDATE (Brucon): Please don't crack networks where you were not given permission to crack, thank you.

Brucon is getting closer :) 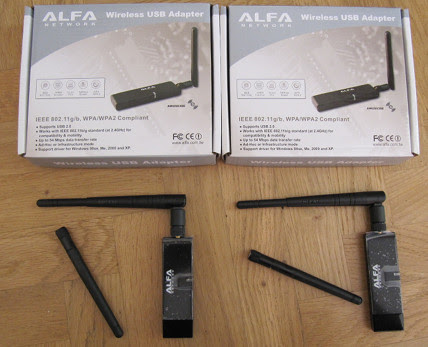 More details will be given during the workshops.
Posted by Mister_X at 7:13 PM 9 comments: