We're bringing more good stuff in this release. We've been busy fixing bugs left and right, some of them thanks to Coverity Scan, valgrind and other static code analyzers.
We've also refactored some of the code and improved the code quality along the way. We can now successfully build across lots of platforms (Windows, Linux, BSD, OSX) and CPU architectures (x86 and 64 bit, ARM v7, ARM v8, PowerPC, etc)

Aircrack-ng gets a speed bump on pretty much all of the CPU architectures we cover: x86/ARM/PPC. The following graph show the improvements on a Raspberry Pi 3B+. 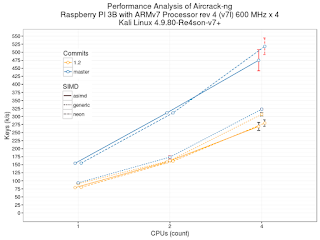 It may seem that this release is slower than previously (1.2rc3) on non x86 32/64 bit but due to a bug, the cracking speeds were incorrectly calculated. More details can be found in this bug report. On a side note, our benchmark tool is available in build/benchmark.

Here is a benchmark for the NanoPi NEO2: 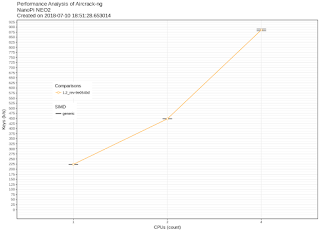 We had the chance to test Aircrack-ng on a 96-core ARM system ... 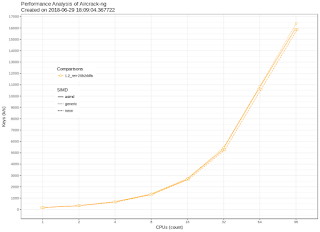 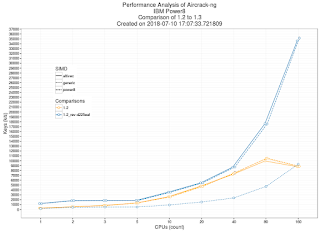 You can see a significant performance improvement in this release (with the blue line) and you can expect more optimizations in the future, those systems have a lot of potential.

A long-awaited feature has been added: the ability to pause cracking and restart later on. If you intend to pause the cracking at some point in time, start a cracking session with --new-session. You'll be able to restore it using --restore-session. In both cases, the session status is updated every 10 minutes. It works with WEP and WPA/WPA2. Two limitations though: it can only be used with wordlist and they must be files.

Internal changes to aircrack-ng itself and it make is even better than 1.2. It is now back to a single binary. It still compiles the different possible optimizations for a CPU type and loads the fastest optimization based on what the current CPU supports. In the case of x86, the following optimizations will be compiled:
- generic
- SSE2
- AVX
- AVX2

AVX512 is also available but it is strongly recommended to compile it in only if the CPU running aircrack-ng supports it (configure with --with-avx512). 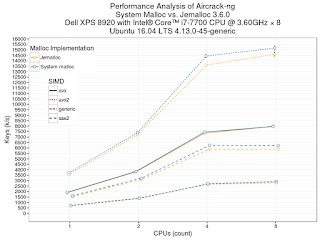 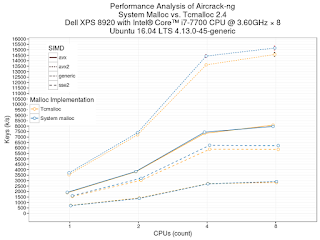 Last, but not least for aircrack-ng, it now supports Hashcat HCCAPx files as input file to crack.


Other changes worth noting:

- Airodump-ng adds a new option to override background detection, --background and can now handle GCMP and CCMP-256 encryption.
- dcrack sees a few improvements, mostly internal fixes as well as a few to better handles errors and corner cases
- Documentation improvements: use of hex wordlists, compilation on OSX, experimental tools compilation
- WPE: Logging Response-Identity and display of NETNTLM hash in Hashcat format for HostAPd-WPE and updated building instructions for Freeradius-WPE 3.0.17
- Code reformatted using clang-format. The formatting file has been provided for use with IDE (or through the command line itself using clang-format)
- Typos fixed thanks to codespell
- and much more!
Posted by Mister_X at 7:11 PM No comments: